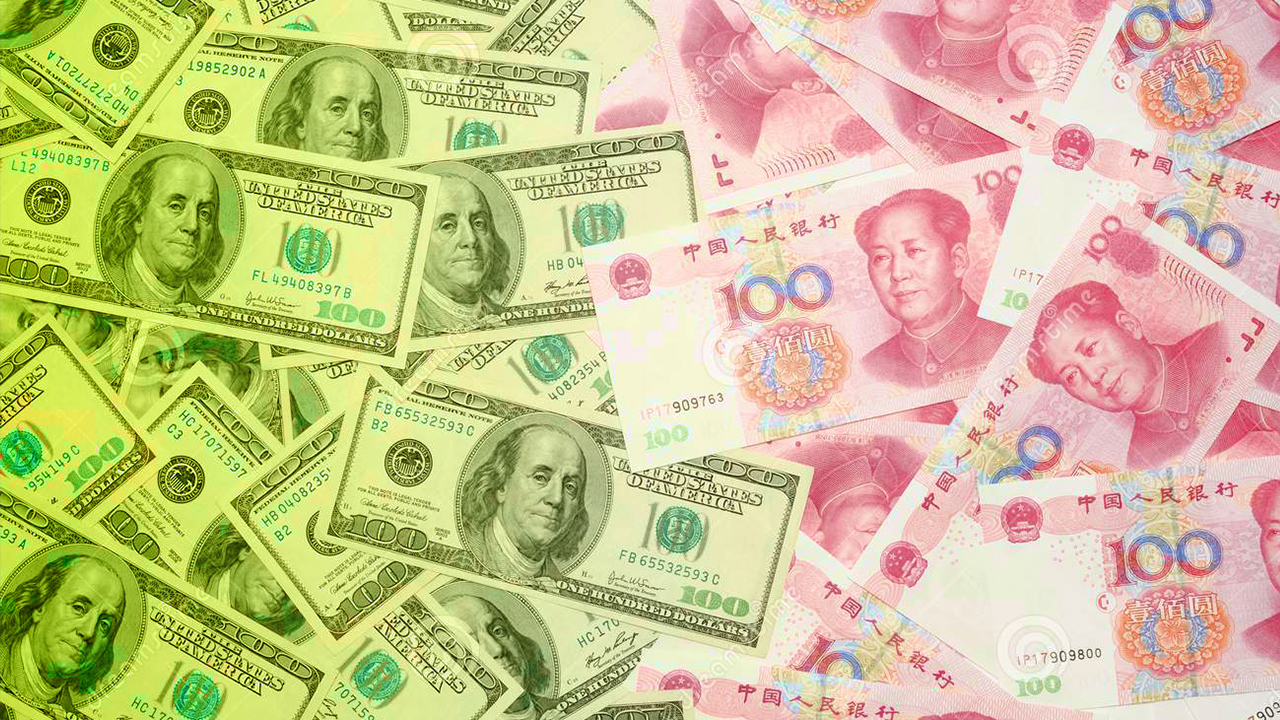 The world’s east-west tensions extend beyond trade, espionage, technology, and visions of national expansion. Behind the scenes, a global monetary feud rages.

America is printing money (the dollar currency) furiously. With Washington, DC implementing COVID-19 relief schemes, purportedly to prop up the US economy, flashes of inflation are already beginning to appear. Prices for housing, fuel, food, and other services are beginning to increase at a pace that some think will only accelerate.

Conservatives are concerned about the potential for a devaluation of the dollar. This plays to China’s fervent desire to elevate its own currencies on the world stage. Currency manipulation has long been the practice of both the US and China.

While most countries have only one currency, China has two, the Yuan (CNY) and the people’s currency, known as the Renminbi (RMB), the latter implemented in 1948 by the People’s Bank of China. The two terms are often used interchangeably.

When China began to loosen its grip on a closed society, the use of the two currencies played well, allowing the central government to control its internal monetary policies, while trading in the global markets. After all, if China was to become a global economic player, it would need a method whereby banks could take deposits from foreign companies while guarding their controls over the Chinese national economy.

Hong Kong would become the force to enable China’s use of parallel currencies. In 2004, banks were allowed to begin trading in a new “CNH” currency. The government of China was able to restrict one currency while allowing so-called “free trade” with the other.

China controls the value of all local currency via the People’s Bank of China (established in 1948) while permitting free currency trading in multiple other forms of money.

Today, 1 Chinese Yuan (CNY) is exchanged for $0.15 (fifteen cents) in US dollar equivalency. That represents an 85% economic disparity.

To assist travelers, the China Guide explains the currency as follows:

The official symbol for the Chinese yuan is ¥. However, in most stores and restaurants in China, the symbol is represented by the Chinese character 元 instead, which is pronounced “yuan.” While traveling in China, you will also hear people say “kuai,” pronounced “kwai”, which is a local word for yuan.

Political currency manipulation is not restricted to China. Nearly every nation plays with currency values. The dollar is known as the “global currency” and it’s easy to understand why its benchmark use in international trade gives America a huge advantage.

According to Alexandra Stevenson (New York Times), China, riding on the heels of COVID-19 was able to see a sharp rise in the yuan value, as it rose to an 18-month high measured against the US dollar. Stevenson wrote:

Many currencies tend to jump around in value even more, but Beijing has long kept a leash on China’s, so the renminbi’s leap looks like a power move. The stronger renminbi has implications for companies that make stuff in China, which is a pretty big group. It could make Chinese-made goods more expensive for the world’s consumers, though the effect seems muted so far. [NY Times, Published Jan. 12, 2021]

China, like all emerging economies, wants its currency to become more attractive in the global markets, as this strengthens buying power at home and abroad.

Throttling the rise in the value of Chinese currency is commonplace. In January,m 2021, Bloomberg reported:

There are growing signs that Beijing is keen to slow the ascent in China’s currency after it surged to the highest level since mid-2018 against the dollar. The People’s Bank of China set its fixing at 6.4604 per dollar on Wednesday, 0.06% weaker than the average estimate in a Bloomberg survey. The onshore yuan fell 0.11% to 6.4620 as of 4:24 p.m. in Shanghai after gaining in the previous two sessions.

These adjustments by China allow it to loan money at favorable rates to nations around the globe. Enter, the United States of America with a current outstanding balance owed to China in the amount of $1.063 trillion. This is debt issued by the powerful US Department of the Treasury.

In addition to multiple complex foreign policy objectives, the borrowing levels of the US Government are tied directly to the global currency feuds.

The top 9 nations are owed $6.21 trillion by the United States. Stretching and shrinking this debt is accomplished by global currency manipulation. 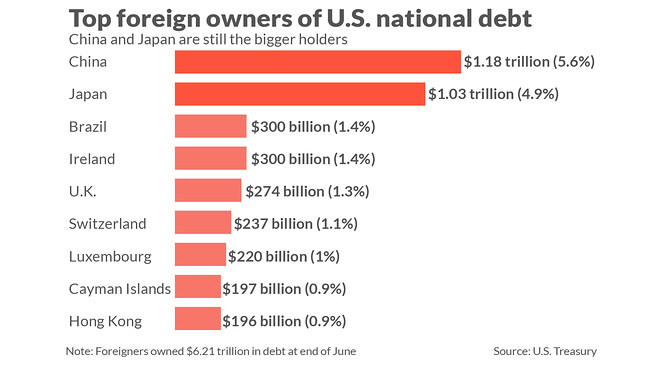 One explanation of the severity of the monetary feud is the designation of China as a “Currency Manipulator” by President Donald Trump in 2019.

China acknowledges it “controls” its currency and has claimed to have all the required tools to continue to do so in order to protect its domestic and international strength. The Department of Treasure issued a memorandum stating:

This pattern of actions is also a violation of China’s G20 commitments to refrain from competitive devaluation.  As highlighted in the FX Report, Treasury places significant importance on China adhering to its G-20 commitments to refrain from engaging in competitive devaluation and to not target China’s exchange rate for competitive purposes. Treasury continues to urge China to enhance the transparency of China’s exchange rate and reserve management operations and goals.

The great monetary feud will continue with no end in sight. It’s a part of international efforts to position national currency for maximum return and optimal impact on foreign and domestic economies.